Carl Anderson exhibited with Collective Ending as part of Under Your Spell. 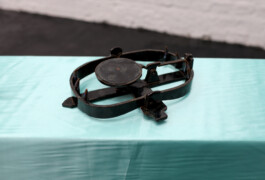 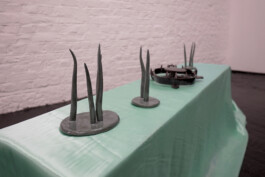 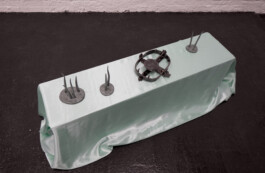 Carl Anderson (b. 1990, Brighton, UK) lives and works in Brighton. He completed the Tups Mass Correspondence Course in 2021, having previously studied at the Architectural Association between 2009 and 2010. Working predominantly with ceramics, Anderson explores symbols of paganism, folklore and early mythology to create a visual language of hazard and cautionary tales. Motifs often appear in his work: chains, dagger-like protrusions and brick cladding. These derive from how we perceive authority in social structures and how objects themselves have the potential to become gestural forms of dominance and power.