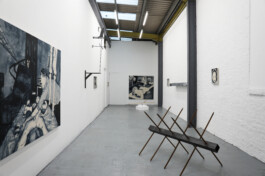 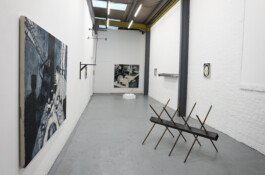 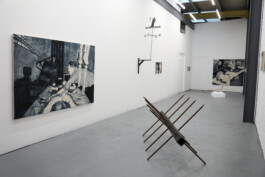 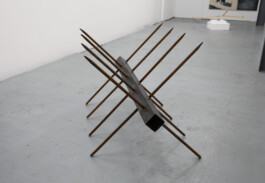 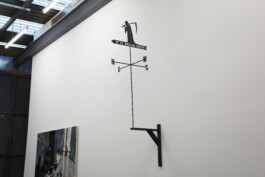 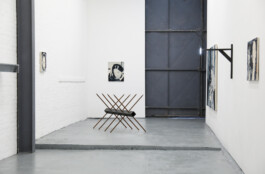 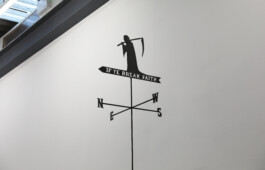 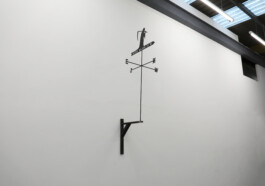 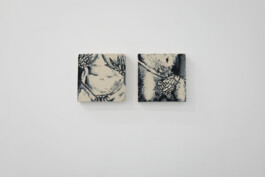 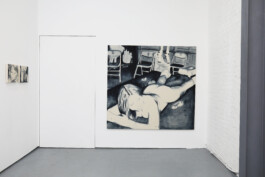 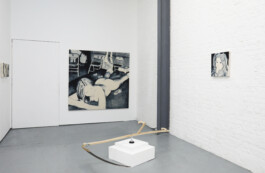 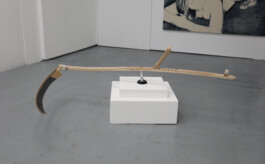 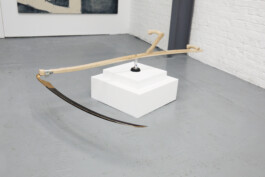 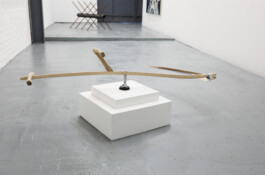 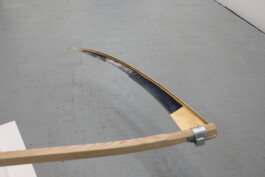 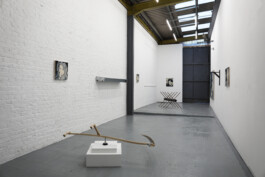 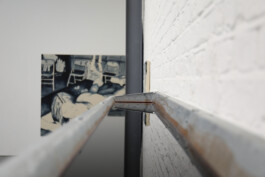 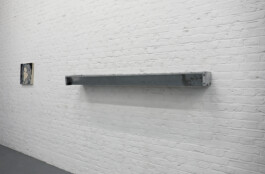 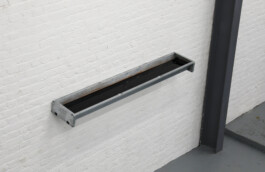 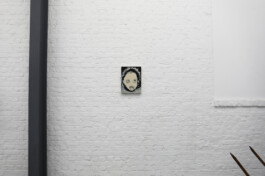 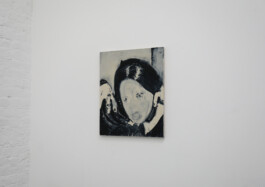 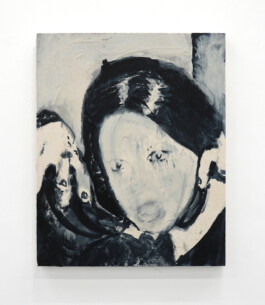 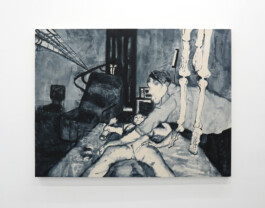 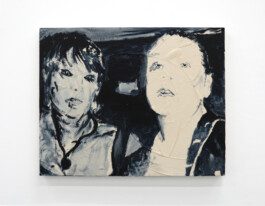 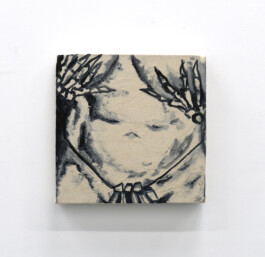 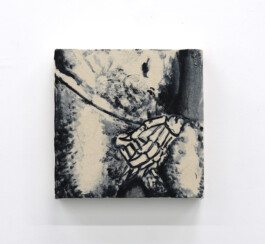 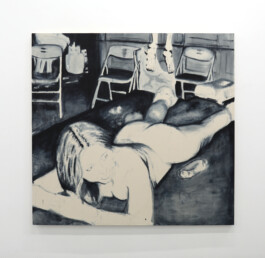 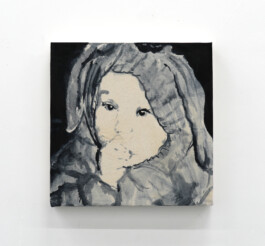 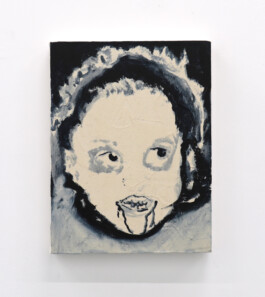 Presenting an austere landscape filled with mischief and menace, Fantasy Lands brings together two artists that challenge the relationship between image, perception and the politics of fear in contemporary culture. Featuring a new body of monochromatic paintings by Leeds-based artist and writer Allan Gardner alongside a series of grave and unapologetic steel sculptures by American conceptual artist Maggie Dunlap, Fantasy Lands speaks to the heart of an increasingly mediated and paranoid world. One in which sensations of anticipation, spectacle and dread are all the more indistinguishable. Where feelings of alienation and confusion are enshrined in subversive visual landscapes.

Exhibiting her first body of sculpture, American conceptual artist Maggie Dunlap has imposed in the space a series of harsh and confrontational works. Composed mostly of raw steel and each carrying a particular sense of unease, threat or obstruction, Dunlap’s four pieces are inspired by a broad and ambient anti-modernist turn in online communities she has observed over the past decade. Ranging from socially liberal accents of New Age spiritualism through to more prolific forms of conservative traditionalism — in particular, an emerging micro-culture of scythe revivalists who believe in “the end of cheap oil and the rise of the scythe” – Dunlap channels this shared compulsion into the language of a minimalist haunted house. The result is an environment not unlike the equally absurd and sinister virtual space of online forums.

Sharing Dunlap’s fascination with the margins of our digital world, Allan Gardner has also spent time lurking online - in his own words, “grave robbing” images from disused Flickr accounts – in order to source reference material for his new body of monochromatic oil paintings. This arresting series of works – economical in its use of colour and brushstroke, as if the images were slipping from recall or a screen had been inserted between them and their witness – presents us with the difficult question of interpretation and the construction of meaning in contemporary media landscapes. Evoking the affective contradictions of early home-videos (part art house, part snuff movie), a challenging combination of sexually provocative scenes area displayed alongside innocent and excitable young portraits, as if it were the fraying edges of a ominous and long-since forgotten ’80s Halloween party.

Together the visual language of Fantasy Lands speaks to the uncanny relationship between contemporary media, nostalgia and horror – yet the ideas behind Dunlap & Gardner’s respective work digs deeper under the skin. In turn they pose questions about the relationship between alienation, identity and image-production; between an embrace of ambiguity and withdrawal versus a politics of fear concerned precisely with manufacturing and targeting those same feelings. How and why people respond to and project a sense of threat in their lives – both virtually and IRL – is of increasing relevance not only to the ecology of images that we consume with alarming degrees of personal and social detachment, but the effects this ecology then has on our material lives –who and what we chose to desire, ignore or discriminate against.